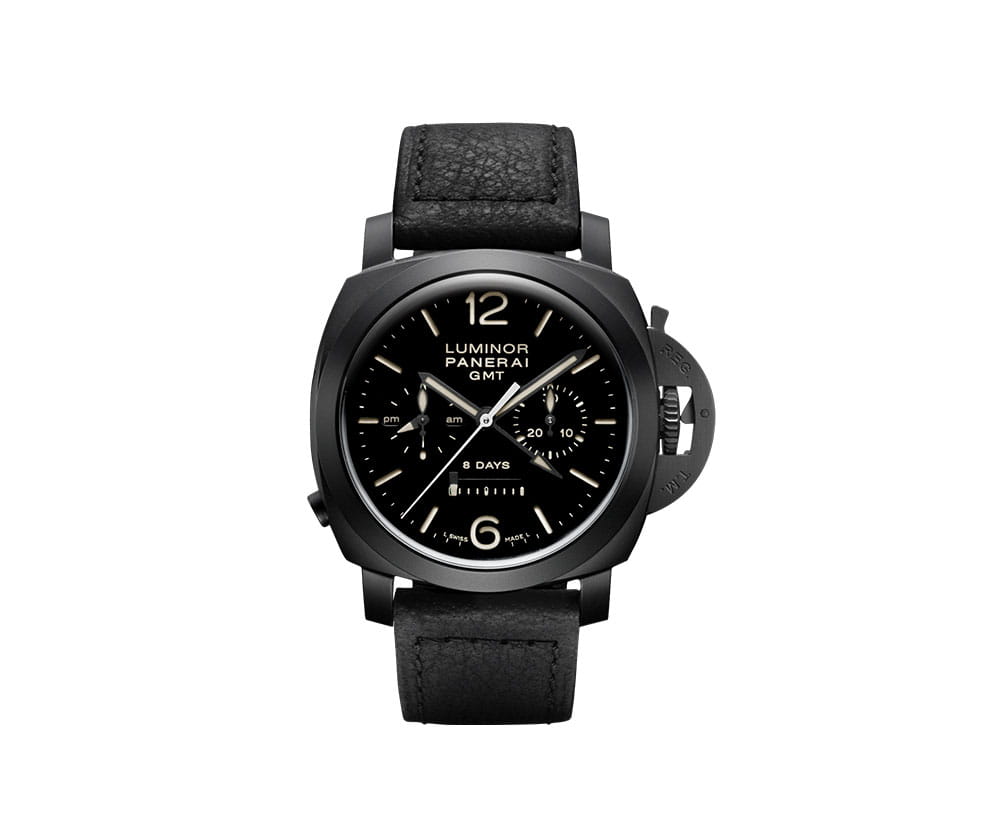 The Second World War had drawn to a close. But, the Florentine company continues the technical research which begun at the start of the war. Although, their research culminates in the development of the Luminor. Thus,this model characterize itself by its crown-protecting bridge, with reinforced wire lugs created from the same block of steel as the case, its cushion-shaped case as in the Radiomir 1940 and also its flat and wider bezel.

In the first place, Panerai P.2004 caliber comes as the first chronograph movement created entirely by the Panerai Manufacture. Although, it represents an expression of the quality of the mechanical tradition applied to sports watches. So, the P.2004 caliber is a hand-wound mechanical movement with a power reserve of 8 days. It is a single-button column-wheel chronograph that combines the start/stop/ reset functions in a single push-piece. Nevertheless, the heart of this movement consists of its sophisticated system for controlling the chronograph functions. Thus, its column wheel, a characteristic feature of high-quality chronographs, ensures the greatest precision in starting, stopping and also resetting the chronograph hands. 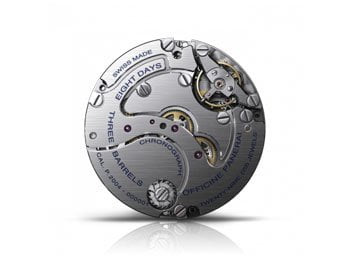 All Panerai Luminor watches prices can be changed without notice. We (Majordor), also reserve the right to make changes as necessary. These changes may also reflect market conditions. As well as supplier conditions, and all other factors that are not under our direct control. Moreover, the retail prices represent the actual replacement value of the item. The prices are suggested also as retail prices. These prices may also not reflect sales prices. Also, prices do not include transportation and insurance. Prices may also vary depending on the exchange rate. Also may be different than in the store. Please check the country and also your currencies for delivery. We are not responsible for any custom fees once the items have shipped. By purchasing our products, you consent that one or more packages may be shipped to you and may get custom fees when they arrive to your country.