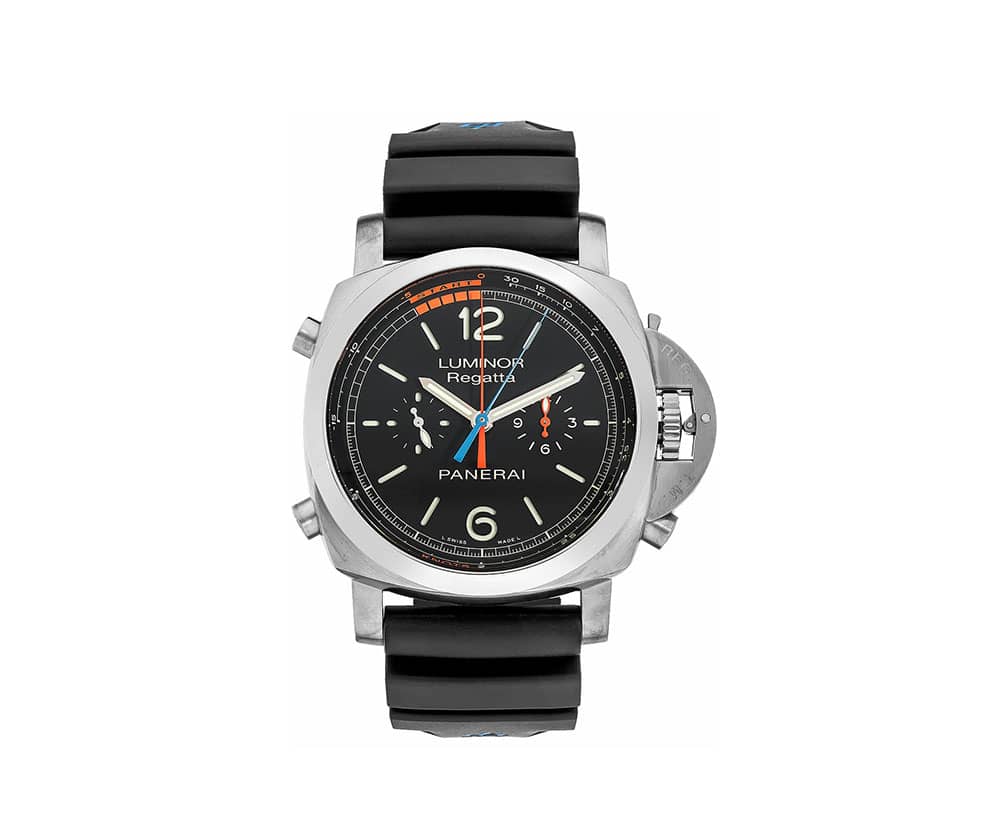 In the first place, whoever participated at a yacht race the moment of the start capture the attention of all audiences. Thus, boats of every class together with their timbers gather at the starting line between the buoys. Nevertheless, the wind fills the boat sails and their crews together with their captains use their skills to start the race. During a regatta race timing becomes crucial. By the time the judges stats the countdown and flags the start the boats must line up behind the buoys without crossing the line before the race starts.

In 2006 Officine Panerai sponsored the Panerai Classic Yachts Challenge – the main international circuit of races for vintage and classic yachts. In fact, because of this event, a legendary watch was born – Panerai Luminor 1950 Regatta 3 Days Chrono Flyback Titanio.

Nevertheless, the P.9100 caliber comes as an automatic movement with chronograph functions developed by Officine Panerai. Although, this mechanism is produced entirely in the Panerai manufacture in Neuchâtel. Also, it is made with materials and standards of workmanship at the peak of the sector in terms of technology, quality, and also reliability. Moreover, it comes as a chronograph with a vertical clutch and also a column wheel.

In fact, this new caliber presents itself as unusual because of the chronograph which displays minutes through a central hand which jumps forward once every 60 seconds. It also has a useful flyback function. This enables the chronograph hands which are already running to be returned instantaneously to zero and restarted without first having to stop them, return them to zero and then restart them. This function is controlled by the push-button at eight o’clock, which is also used to return both hands to zero when the chronograph has already stopped. 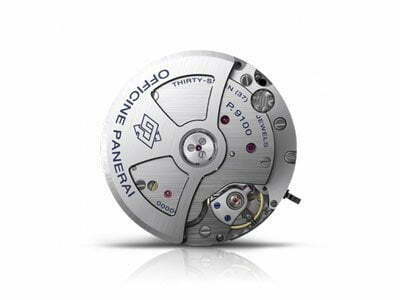 All Panerai Luminor Regatta Chrono Flyback watches prices can be changed without notice. We (Majordor), also reserve the right to make changes as necessary. These changes may also reflect market conditions. As well as supplier conditions, and all other factors that are not under our direct control. Moreover, the retail prices represent the actual replacement value of the item. The prices are suggested also as retail prices. These prices may also not reflect sales prices. Also, prices do not include transportation and insurance. Prices may also vary depending on the exchange rate. Also may be different than in the store. Please check the country and also your currencies for delivery. We are not responsible for any custom fees once the items have shipped. By purchasing our products, you consent that one or more packages may be shipped to you and may get custom fees when they arrive to your country.