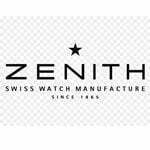 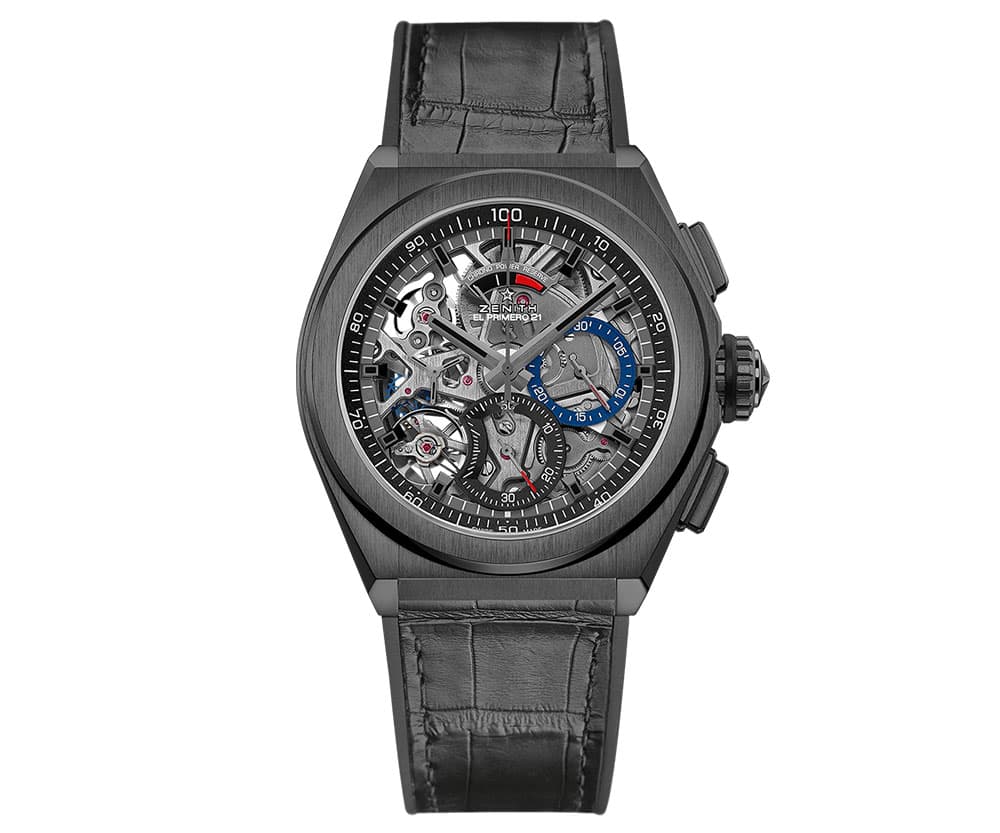 Frequently, starting from 1969, Zenith brand asserts itself as the king of the chronographs with its El Primero (meaning ‘the first’ in Esperanto). Thus, the Swiss Watch Manufacturer Zenith launched this beautiful Zenith Defy El Primero 21 during SIHH 2018. Nevertheless, it was a supplement of the first celebrated El Primero Foudroyant 1/100th launched already in 2017.

“Under its hood”, this remarkable watch possesses a completely independent movement – Zenith El Primero Caliber 9004. In fact, Zenith caliber 9004 combines a classic El Primero Chronograph movement and runs with a frequency of 36,000 VPH. In this case, a distinct break from previous Zenith El Primero movements, this caliber includes a hacking ( stop seconds ) feature.

Moreover, it separates the chronograph mechanism which includes energy storage, a gear train, and also a regulator. But, the second mechanism is linked to the El Primero 9004 by common plates and bridges. Yet, the movement is automatic winding possessing a power reserve of 50 hours for the timekeeping and also 50 minutes for the chronograph. But, this mechanism can be wound manually or by the automatic rotor. On the other side, the chronograph power reserve lasts at least 50 minutes and has to be manually wounded from the crown. Additionally, Zenith Defy El Primero is certified a COSC Swiss Chronometer.  Furthermore, the skeleton dial includes applique luminescent hands and hour markers.

All Zenith Defy El Primero watches prices can be changed without notice. We (Majordor), also reserve the right to make changes as necessary. These changes may also reflect market conditions. As well as supplier conditions, and all other factors that are not under our direct control. Moreover, the retail prices represent the actual replacement value of the item. The prices are suggested also as retail prices. These prices may also not reflect sales prices. Also, prices do not include transportation and insurance. Prices may also vary depending on the exchange rate. Also may be different than in the store. Please check the country and also your currencies for delivery. We are not responsible for any custom fees once the items have shipped. By purchasing our products, you consent that one or more packages may be shipped to you and may get custom fees when they arrive to your country.

In fact, Zenith is a registered trademark of Zenith SA. Thus, Majordor is not yet an authorized Zenith dealer and also in NO WAY affiliated with Zenith SA or  USA. Also, all watches sold via Majordor are delivered under UNWORN conditions.