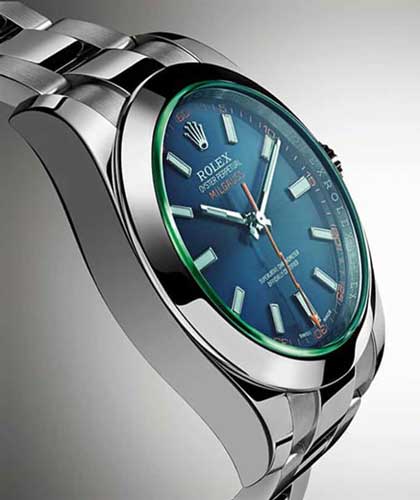 The updated version of the 1950s’ Rolex Milgauss is a hit among Rolex fans.  Is this re-engineered classic, with its improved protection against magnetism, worth the investment?

Writer Jens Koch and photographer Nik Schölzel find out in this test feature from the WatchTime archives. Magnetic fields are invisible and do not greatly affect the human body. Maybe that’s why we don’t think about them very much, even though our high-tech world is full of them, generated by all sorts of devices, from motors to loudspeakers.

Unlike the people who wear them, however, mechanical watches are extremely susceptible to magnetic fields. When parts of a watch’s movement become magnetized, its rate accuracy is disturbed, causing frustration for its owner. Rolex addressed this problem in the 1950s with the introduction of its Oyster Perpetual Milgauss model.

The name comes from the French mille Gauss, referring to the watch’s protection from magnetic fields up to 1,000 gauss (named after physicist Karl Friedrich Gauss, a gauss is a unit for measuring the strength of a magnetic field). This level of magnetism, which corresponds to 0.1 Tesla or 80,000 vph, is 100 times higher than that of a typical horseshoe magnet. It would take levels such as those found in an MRI scanner to affect the watch’s functioning.

After devoting considerable time and effort to the development of the recent reissue of the Milgauss, Rolex introduced it at the Basel world watch fair in 2007. Its inner case, made of ferromagnetic material, shields the movement from magnetic fields and consists of only two parts: a container and another cover tightly screwed to it.

The container encloses the movement laterally and on the dial side, while the back seals the movement side. To ensure that the movement would be shielded as much as possible, the designers allowed for only a bare minimum of openings in the dial and case.

This is why there is no aperture for a date display, for example. There are only the necessary small openings for the winding stem and for the axles that anchor the hands. There are also two tiny holes for the screws that hold the dial. Most other watches with magnetic protection have an inner case with three parts, with the parts layered on top of one another rather than threaded together.

Rolex didn’t stop there; its engineers were determined to make additional modifications to prevent even minute amounts of magnetism from leaking into the movement. The result of this initiative was the blue Parachrom hairspring that appears in the Rolex Milgauss as well as other Rolex models such as the Daytona, the new GMT-Master II, and the Yacht-Master II.

It is made of a niobium-zirconium alloy with an oxide coating and remains completely unaffected by magnetic fields. It is also supposed to withstand shocks better than conventional hairsprings.

( WatchTime’s 2010 visit to the Rolex manufacturing facility in Bienne, Switzerland and learn more about how these Rolex-exclusive springs are made.)

Additionally, the pallet fork and escape wheel are made of amorphous nickel-phosphorous, which is completely antimagnetic. Opening the solid, screw-down caseback reveals the second caseback made of soft iron.

It can be opened with the same special wrench used for the outer caseback. This caseback is marked with a “B” with an arrow above it — the symbol for magnetic flux density — as an indication of its special function. (Interestingly, it is one of Rolex’s main competitors, Omega, that recently upped the ante on magnetism-resistant watches with the 2013 introduction of its Seamaster >1,500 Gauss, which uses even more anti-magnetic materials in its movement) 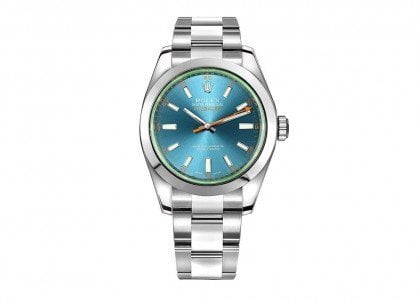 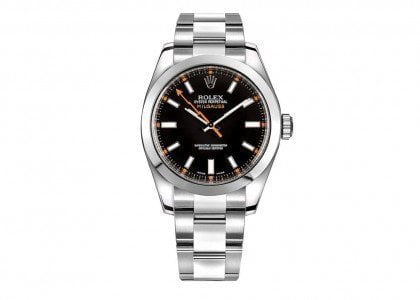 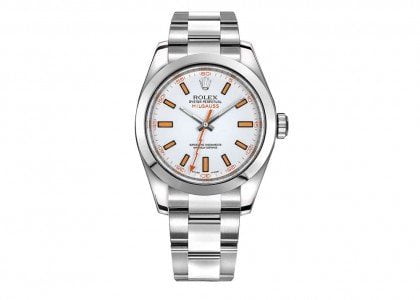 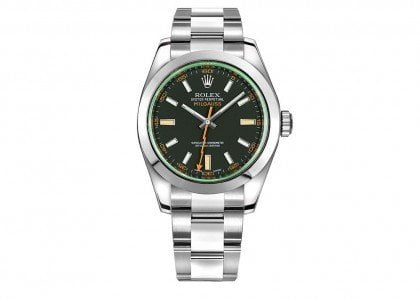 Ticking behind that caseback is the automatic Caliber 3131. It differs from its close relative, the 3130, which is used in the Explorer and the no-date version of the Submariner, only by these modified materials. Caliber 3130 is in turn based on the well-known Caliber 3135 that powers the Submariner and Datejust models.

Some watchmakers view this Rolex manufacture caliber as the best automatic movement on the market, due to its robust design, which also permits very precise rate adjustment.

For example, a stable balance bridge replaces the usual balance cock that features only one point of support. The end-shake of the balance can be adjusted with two knurled screws.

The Breguet overcoil of the hairspring also ensures precision in every position, as does the free-sprung balance using Microstella nuts. The red anodized reversers in the automatic module minimize friction.

The only criticism we could level at the movement is that its rotor axle is set in a jeweled bearing rather than in a more modern ball bearing. Nevertheless, there are no known problems associated with this caliber.

There is no caseback viewing window, so you’ll have to remove the case back to see the nicely designed movement and its decorations. The classic Rolex rotor with cutouts and the automatic bridge are decorated with a sunburst finish. Other bridges have a perlage finish. Every bridge and plate is rhodium-plated and the edges are beveled and polished. The carefully polished screw heads are especially attractive.

The rate results for the new Rolex Milgauss were good, though they were not as precise as other Rolex watches that have undergone the same tests. They showed an average deviation of only +1.5 seconds per day on the timing machine and a stable amplitude with no strong deviation between the vertical and horizontal positions.

However, the greatest deviation between the positions, at seven seconds, was a rather imperfect result. When worn on the wrist the watch gained three seconds per day. Operating the Milgauss, however, is simplicity itself.

The crown is easy to unscrew and has only two positions for winding and setting the hands. A hack mechanism keeps the balance and hands in place, enabling the wearer to set the watch to the second with precision.

The logo and markings on the winding crown — a Rolex “crown” emblem with a dash below it —denotes the Twinlock crown, a departure from the Triplock crown of the Submariner, Sea-Dweller, and other Rolex Professional models.

At 7 mm this crown is considerably larger and easier to grasp than the crowns on other, similar watches.

This Article was first published in WatchTime Magazine by Jens Koch on October 9, 2017 – Antimagnetic Attraction: Testing the Rolex Milgauss. Thank you, Jens Koch and Watch Time Magazine for this article.