Delivery Time: Usually this watch is shipped within 3 months. 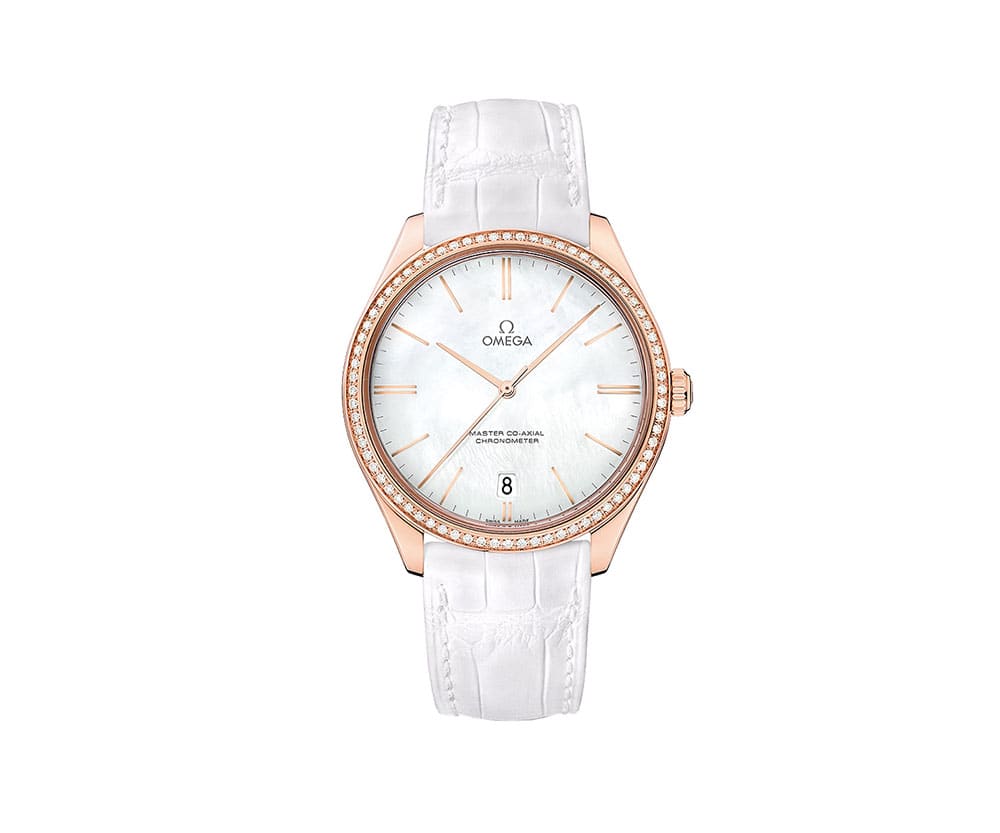 In the first place, Omega launched De Ville Tresor Series back in 1949. And, from the beginning, this watches characterized themselves by their thin and classic Gold cases. Moreover, the watch housed inside the legendary 30 mm caliber. Thus, more than half a century later, Omega reintroduced the De Ville Trésor. In fact, nowadays these timepieces come equipped with one of the most advanced mechanical movements the Omega brand ever unveiled. Although, the new models come also with a domed white mother-of-pearl dial and also with polished 18K Gold hands. As well as its predecessors, come also with a date window located at 6 o’clock. Furthermore, the 40 mm 18K Sedna™ Gold case, with its diamond-set bezel, comes coupled with an elegant leather strap and also with a polished deployment buckle.

Nevertheless, Omega De Ville Trésor come powered by the anti-magnetic OMEGA Master Co-Axial caliber 8511 – a unique manual winding movement. Additionally, this watch possesses a magnetic resistance to magnetic fields greater than 15,000 gausses. Also, it features Omega’s “Si 14” – a free sprung-balance with silicon balance spring. As a result, this feature contributes to the movements good resistance to shock, environmental disturbances and also to the watch’s chronometric performance. Correspondingly, this movement also features Omegas Co-Axial Escapement. Although, this feature contributes to greater precision, stability and also the durability of the watch. Under those circumstances, the Co-Axial escapement produces less friction and also reduces the necessity of lubrication which implies reducing the time intervals required between servicing.

Nevertheless, all prices are subject to change without notice and we ( Majordor ) reserve the right to make changes as necessary to reflect the market conditions, our supplier’s conditions and all other factors which are not under our direct control. Moreover, the retail prices shown above may represent the current replacement value of the item and are suggested as retail price, which may not reflect the selling prices. Thus, prices can vary according to the currency exchange rates and may be different than in the store. So, please check up your country and currencies for delivery. Yet, Omega is a registered trademark of Omega SA.  In fact, Majordor is not yet an authorized dealer for Omega and also in NO WAY affiliated with Omega SA or Omega USA. Equally important, all Omega watches sold through Majordor are delivered in UNWORN condition.