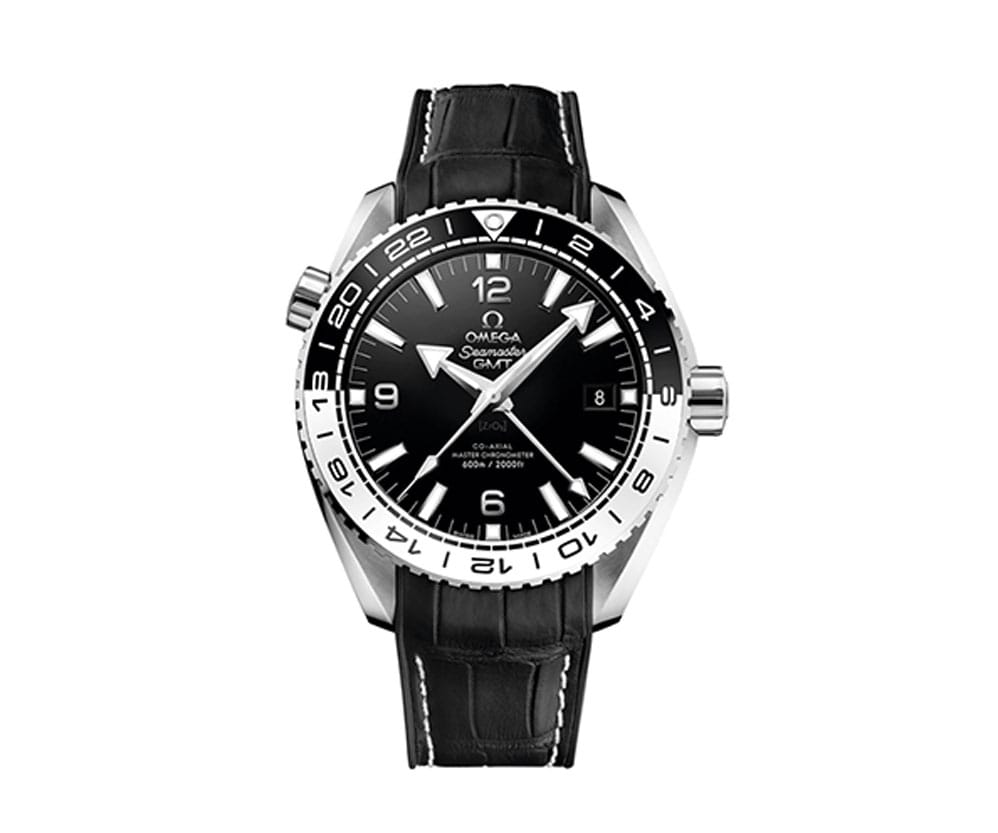 Moreover, this model comes also with its scratch-resistant sapphire crystal featuring a black ceramic dial with Arabic numerals, a date window at the 3 o’clock position and also a central GMT hand. Although, the bezel comes mounted on the 43.5 mm stainless steel case and represents also the world’s first polished bi-ceramic black and white bezel. Moreover, the numerals and also scaling comes delivered in contrasting colors to separate night from day.

Omega Caliber 8906 comes as the GMT version of Omega caliber 8900. Thus it becomes the first of Omega’s movements to receive the new METAS certification. Resistant to magnetic fields of over 15’000 Gauss. The Co-Axial Master Chronometer Calibre 8906 runs at a frequency of 25’200 vph (3.5Hz). But, according to Omega, this is the best speed for its co-axial movement. Furthermore, the movement features also an Omega’s Si14 silicon balance spring that improves resistance to shock and magnetism and thus to sustained reliability. Not to mention, that this movement also features Omega’s Co-Axial Escapement. In fact, this escapement contributes to its greater precision, stability, and also durability. The Co-Axial escapement generates less friction and also reduces the necessity of lubrication, thus it reduces the time intervals required between servicing. Moreover, this movement comes also COSC certified, guaranteeing a precision of max deviation -4/+6 seconds per day.

6 Years Warranty Included or you can also choose for an extended warranty program.

All Omega Seamaster Planet Ocean GMT watches prices can be changed without notice. We (Majordor), also reserve the right to make changes as necessary. These changes may also reflect market conditions. As well as supplier conditions, and all other factors that are not under our direct control. Moreover, the retail prices represent the actual replacement value of the item. The prices are suggested also as retail prices. These prices may also not reflect sales prices. Also, prices do not include transportation and insurance. Prices may also vary depending on the exchange rate. Also may be different than in the store. Please check the country and also your currencies for delivery. We are not responsible for any custom fees once the items have shipped. By purchasing our products, you consent that one or more packages may be shipped to you and may get custom fees when they arrive to your country.

In fact, Omega is a registered trademark of Omega SA. Thus, Majordor is not yet an authorized dealer for Omega and also in NO WAY affiliated with Omega SA or Omega USA. Equally important, all Omega watches sold through Majordor are delivered in UNWORN condition.