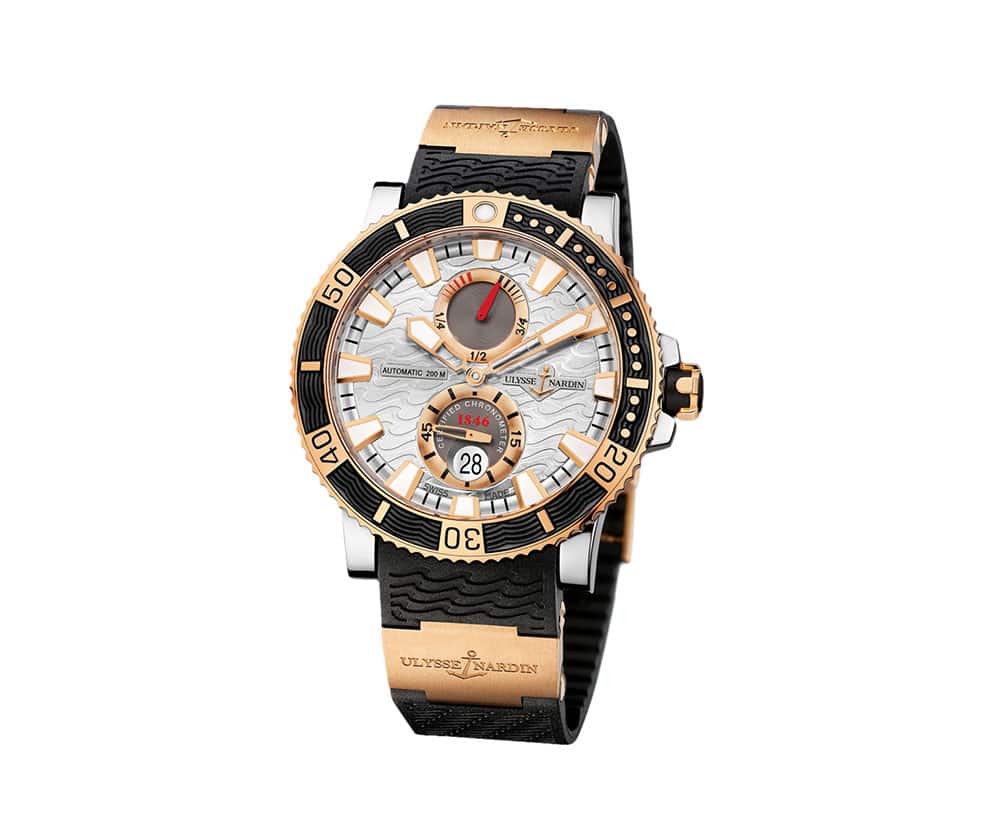 Nevertheless, in terms of performance, this watch has all the attributes required of a diving watch. Moreover, everything about Marine Diver evokes the marine world in which the Le Locle watchmaker is steeped, starting with Ulysse Nardin’s anchor emblem, proudly displayed at 2 o’clock. Notably for the dial, in black or in blue, is decorated with a wave-like motif, the same ornamentation can be seen also on the bezel.

The solid case-back reveals correspondingly an engraving of a boat surrounded by the inscription: “Conquer the ocean.” In other words, this feature embellishes a new case designed for extreme conditions, extended by the lugs with their taut, sleek lines. In the history of watch manufactures, Ulysse Nardin navigational timepieces had set the standard for precision in both civil and military realms.

For this reason, Ulysse Nardin would come to engineer its own renaissance, becoming revered once again for its revolutionary developments in Haute Horlogerie. Ulysse Nardin is the most celebrated luxury watch brand in the world, and the only one to have received over 4300 1st Place Awards, 18 Gold Medals, Registered in the Guinness Book of Records and was awarded “Watch of The Year” in 2000, 2002, 2003, 2004,  and 2015.

3 Years Warranty Included or you can also choose for an extended Warranty program: